So, you wanna be an actor? Yes, acting classes are important, but I couldn't recommend reading more. A wealth of information and powerful tools can be found in these books. So, better get your read on! 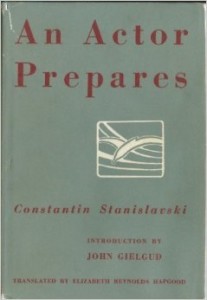 #1 - An Actor Prepares - by Constantine Stanislavski

In the beginning, God created Stanislavski. A Russian actor and theatre director, popular in the late 1800's, he is considered the Father of modern, realistic acting. Stanislavski wrote several books for actors, but this one is his first book on acting and also the acting book you should start with first. Stanislavski's work draws on a plethora of influences and ideas, from modernist and avent-garde, Russian formalism, Pavlovian behavioural psychology, Pushkin, Gogol, Tolstoy and even Yoga. The man described his unique approach as 'spiritual realism'.

Stanislavski is also the founder of the Moscow Art Theatre and wrote several books for actors worth reading.

If you read only one acting book, make it Stanislavski's An Actor Prepares. 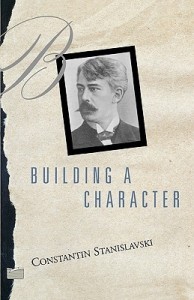 #2 - Building a Character - by Constantine Stanislavski

The second book in Stanislavski's series of acting books focuses on building strong, defined, believable characters. Originally intended to be included in his first book, An Actor Prepares, the contents of Building a Character were removed and made into a second book. While the first book aims to teach tools on using your inner imagination, Building a Character helps actors actualize those internalisations. A must for your acting book collection.

The Stanislavski systematic approach to acting training includes studies in concentration, voice, emotional memory, observation and analysis. He tried to find a universal acting technique that any actor could utilize and that could be applied to all forms of drama including melodrama, vaudeville, and even opera.

Lee Strasberg studied Stanislavski's method and went on to form the Group Theatre (1931-1940) in New York, which became the first American acting company to put his ideas and discoveries into real practice. After the Group Theater ended, several members went on to form their own their own acting studios, each with slightly different acting techniques, all based on and originating from their experiences with Stanislavski's method of acting. 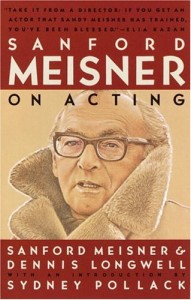 Possibly the best acting book ever written, the Meisner acting technique has passed the test of time. Sanford Meisner was a much-loved member of the Group Theatre who formed his own acting school in New York. I've been a huge fan of the Meisner technique ever since I studied it as a kid. I can't recommend this acting method enough. Reading this book simulates the experience of taking Mr. Meisner's acting class. You'll learn important acting tools to add to your permanent acting toolbox.

While "the Method" approach to acting develops performance from an internal place, the Meisner technique creates the actor externally. The goal is to get out of your head and act instinctively.

Acclaimed acting teacher Stella Adler was the only American actor to study with Constantin Stanislavski. Students of her method include famous names such as Marlon Brando, Robert de Niro, Warren Beatty, Harvey Keitel, Candice Bergen, and of course, many more.

From her experiences and education in Yiddish theatre, the Group Theatre, Broadway, Hollywood and of course, Constantin Stanislavski, Stella Adler created the acting studios in New York and Los Angeles with courses in acting, voice and speech, Shakespeare, movement, and makeup, analysis, characterization and acting styles.

This book consists of 22 chapters essentially representing a series of Adler's acting lectures. 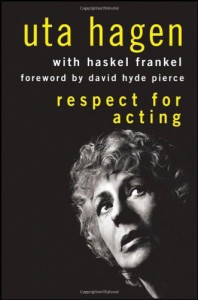 Uta Hagen's approach to acting is a practical one. In her book, she provides instructions and examples that guide the actor through practical problems and topics. She promotes using "substitution", a method of understanding a character's life by comparing it to your own. While this method can be emotionally challenging for actors, for some it renders the best possible, most believable portrayal of emotion. In a later book, Hagen renamed "substitution" as "transference".

Theatre critic and former Group Theatre member Harold Clurman described Respect for Acting as "a simple, lucid and sympathetic statement of actor's problems in the theatre and basic tenets for their training wrought from the personal experience of a fine actress and teacher of acting." 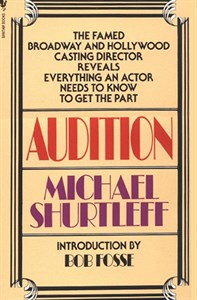 Michael Shurtleff wrote the most popular, most classic book on auditioning. Packed with true stories of actors whose names you will recognize, the book proves to be an easy and enjoyable read. Also includes an introduction by Bob Fosse, another incredibly important theatre professional all actors should know.

My favorite story involves a famous actress who boldly chose to chew gum through her entire audition. Read the book to find out how she impressed the casting team and won the part.

Shurtleff also proposes the use of the 12 Guideposts, a great set of questions to help actors quickly develop and implement a full-bodied character.

Hopefully, this list of acting books provides you with a good start on your actors self-study. After more than two decades of reading training books for actors, these are what I consider the best books for actors. But of course, as Stanislavski said, "Create your own method. Don't depend slavishly on mine. Make up something that will work for you! But keep breaking traditions, I beg you."