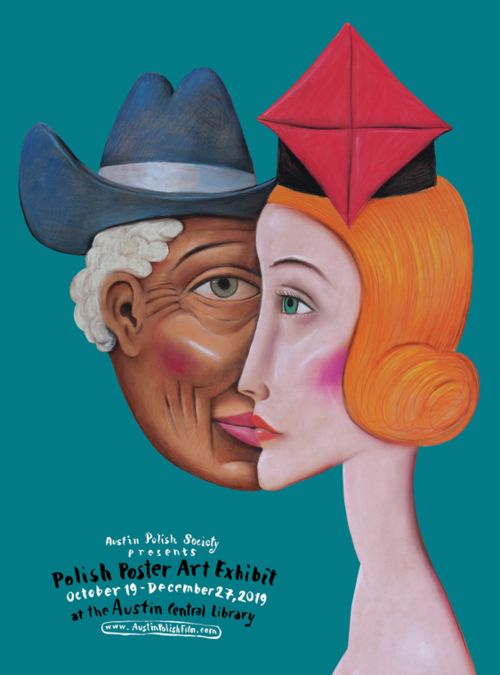 There are at least 9 cinematic reasons to visit Austin Polish Film Festival (APFF), and all of them are female!

’Women's cinema has not yet emerged as a trend in Poland” – wrote Barbara Kosecka in 2006 at Culture.pl. What has changed since then? Check out some of the most recent and awarded productions made by both emerging and well established Polish female filmmakers at 14th Austin Polish Film Festival! Mark your events calendar.

This year’s edition, with a special focus on the Women’s Perspective, will be inaugurated, by one of the most prominent figures of the Polish cinema and a well-recognized world film director, Agnieszka Holland. Her latest film – “Mr. Jones” will open the Festival on November 1, with her in attendance, marking its Texan premiere.

Women’s presence in the Polish cinema will be also highlighted with the visit of directors Olga Chajdas (“Nina”; Sunday, November 3, at 4:15 pm) and Magdalena Lazarkiewicz (“Back Home”; Saturday, November 9 at 4:00 pm) who will meet with Austin audience for Q&A and a discussion after the screenings of their films at AFS Cinema.

APFF’s program is filled with award-winning films, including two of Poland’s Oscar 2020 submissions: “Corpus Christi” (Saturday, November 9, at 7 pm) for International Feature category, and “Another Day of Life” (Saturday, November 2, at 6:00 pm) for the Animated Feature Film category.

In addition, Sci-Fi, thriller and horror genres will mark their presence at the AFS Cinema with Polish awarded films: “Werewolf” (Saturday, November 9, at 9:30 pm) and “I am Lying Now” (Friday, November 8, at 9:30 pm).

(This is a guest post written by Marcelina Gray.)