In a festival-crazy town that is both the Live Music Capital and the Indie Film Capital of the world, you might expect to find a festival that combines the two, and the Austin Music Video Festival succeeds in combining the two with screenings of music videos.

The Austin Music Video Festival will present their inaugural festival September 16-19th, 2015, with a final submission deadline on August 7th. The festival's monthly Premiere series has been going on since February of this year and continues to gain steam, providing musicians and music video directors a forum to screen and premiere their collaborations in front of a large audience in some of Austin’s coolest venues.

It has the energy and liveliness of a live show and direct interaction with the music video creators is a special treat. The event’s organizers, Samantha Gallion, Anthony Erikson and Jeremy Roye have put together an event that caters to both musicians and Indie Music Video filmmakers, as well as music video lovers and Austin 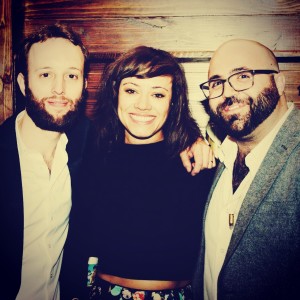 When Samantha Gallion, an Austin Community Manager for Dinner Lab with a marketing and business development background, visited a screening of music videos with a Q & A afterwards, she wondered why there were not more screenings and events for music videos and mentioned this to RSVPster Jen Sinski, and the app creator referred her to music booker Jeremy Roye who had just returned from Berlin with a similar curiosity.

While in Europe, Jeremy had a realization that Music Videos were extremely important to modern bands brought on by the fact that bands were chosen based on their music videos to be played or not in Berlin. “Music video can get a lot more mileage than most bands can in a tour van, especially from central Texas,” he says.

Samantha wanted to do a monthly festival, Jeremy wanted an awards show, and Anthony Erickson had the idea for a “Premiere” series where the fest would screen six different music video premieres each month. They combined the three and feature a very successful Music Video Premiere series AND a yearly festival and Awards Show. 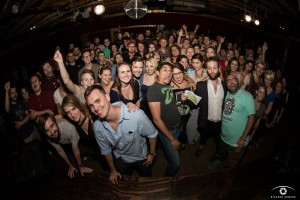 The three founders have no problem finding music videos to screen in Austin, says Jeremy, “It really speaks that this thing is a viable and needed event.” The crew take submissions and premiere a different group of music videos each month.  The Premiere series offers audiences a chance to enjoy local music, beer, and great indie music videos and bar hop each month to a different hip venue in Austin, TX.  The monthly series is a different venue each time. Holy Mountain, Spiderhouse Ballroom, Empire Control Room, and next month at Lambert's (August 31,2015). Audiences also get the added treat of a live secret show with great Indie bands such as Mother Falcon Sounds Del Mar, Messages, Slooom, Sorne, and Walker Lukens.

For the festival itself, Jeremy says this year they will be focused on Austin, Texas Music Videos made from 1984- 2015, in order to showcase the rich history of Austin based music videos.

This year’s award show will feature 3D printed trophies for winners, an idea Samantha had early on. The trophies will be given to artists and filmmakers for the festival’s varying awards, including the Alright, Alright, Alright Award for most Austin-Centric Music Video, the Keepin’ it Weird Award for Most Experimental and more!

In addition to many other surprises and parties,  the Music Video Festival features video mapping where the videos will be projected on the walls of the buildings.  You can purchase your tickets online and submit until August 7th! 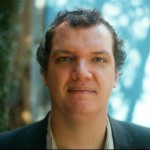 Ben has been successfully producing short films since founding Subcreations Productions in 2003, 2 of which have been official selections for film festivals worldwide. Ben graduated with a BA in English from Campbell University, obtained an MFA in Screenwriting & Film Studies at Hollins University, and now works for Ashford University online in Introduction to Film. His hit webseries “Bleed” has received critical acclaim and international viewership. Ben launched The Show! in 2011 as a way for Austin Filmmakers & Comedians to show their work in front of a live audience. He has written for Spiderwood Studios in Austin TX including a creature feature film called "Darker Than Night", and a comic book titled "Mercury Man".